Ayurveda is an ancient holistic science that originated in India thousands of years back and is increasingly gaining popularity across the world. Considering modern medicine has a lot of side-effects, alternative healing systems like Ayurveda, Homoeopathy and Naturopathy are being adopted as an adjunct therapy or supplementary therapy in aiding treatment of various diseases.

The term Ayurveda means knowledge of life (Ayur=life + Veda = knowledge). This ancient system recommends balance between three aspects of life – physical, mental and spiritual for overall health and well-being. It is preventive as well as curative. Thus, its main goal is to have good health and not just fight illnesses. Ayurveda also says that one must do things as per the nature or prakriti to remain in best of health.

Ayurveda also lays emphasis on a dincharya or routine. An Ayurvedic routine ensures one enjoys a disease-free, healthy and happy life. This routine is according to our biological clock and strikes a balance between mind, body and soul.

Waking before sunrise or brahma mahurat is recommended followed by a morning prayer for positivity. After waking up, taking a bath with cold water refreshes one for the day ahead. Jal Neti helps in clearing the nasal passage and steer clear of infections.  Ayurveda also stresses on cleansing and rinsing your face, putting oil in ear, cleaning teeth and tongue and drinking warm water at the start of the day.

This helps in elimination of toxins. Emptying your bowels is also important as it is important for a smooth digestion process. For proper blood circulation, Ayurveda also advises you to include massaging your body with oil as a routine process. It makes you calmer and keeps your nervous system healthy.

A healthy mind resides in a healthy body. It is important to keep your body fit for an alert mind and disease-free life. Taking a morning walk, doing yogasanas or any kind of physical exercise must be done in the morning. Exercise helps in keeping mental health issues and lifestyle or chronic diseases at bay. The day can begin and wrapped up with Meditation that calms your mind for the day ahead or relax it for a good sleep.

When you are connected with your biological clock, you accumulate lesser stress and all the body processes like digestion, blood circulation, oxygenation, kidneys etc are in order, thus keeping you disease-free. When you lead an active lifestyle, the risk of developing chronic diseases is less. By following the Ayurvedic way of life, one develops resilience and takes up the life challenges head on instead of worrying over them. In all, it helps in keeping one calm, peaceful, happy and also live a longer life.

Ayurveda dates back to around 3,000 years and its concepts find mention in Atharvaveda. It is said that Brahma passed on the knowledge of Ayurveda to Dhanvantari, who is known to be the Hindu god of medicine and an avatar of Vishnu. It is said that he during the Samudramanthan arose from the ocean of milk with the nectar of immortality. It is believed that Dhanvantari later in the incarnation as king of Varanasi passed on the knowledge of medicine to a group of physicians, including Sushruta.

Ayurveda believes that the body is made up of five elements – fire (agni), earth (prithvi), water (jala), air (vayu), space (aakash).  The combination of these elements results in three doshas – vata, kapha, and pitta. Every individual has different combination of these elements and a pre-dominant dosha. Ayurveda treats people as per their doshas and customize treatment as per individual’s prakriti. It is believed that your chances of getting sick of a certain health issue depend on the balance of your doshas.

Vata Dosha comprises of two elements – air (vayu) and space (aakash).  Vata means to move like the wind. It manages all the movements in the mind and the body including blood flow, elimination of wastes and toxins, breathing and movement of thoughts. Vata is described as cold, light, moving, changeable, subtle, rough, flowing and spacious. People who have a pre-dominant dosha as vata are thin, full of energy and creative. They are innovative in their thinking, have mood swings, and difficult concentrating.

The five subdoshas of Vata are:

Prana Vayu (Forward moving air): It is the key life force that controls the nervous system, all the senses, brain, heart and connects us with our consciousness. It affects our motivations and a good Prana Vayu makes us confident and positive in life.

Samana Vayu (Equalizing Air): Samana Vayu helps strike equilibrium in the body and controls the digestive system of the body. It keeps Prana and Apana Vayu in balance.

Udana Vayu (Upward moving air): It decides our desires in life and controls speech, energy, memory, enthusiasm etc. It gives us the ability to think beyond this world.

One with this pre-dominant dosha must stay warm and calm. It is important for the people to consume balanced diet at the right time and avoid food that has gone stale or cold. Consuming sweet, sour, salty, oil rich food can help balance Vata. Such people should also meditate to calm their nerves.

Pitta Dosha is made up of fire (agni) and water (jala) elements and is described as hot, light, sharp, liquid, pungent, acidic, intense etc. Pitta controls metabolism be it digestion or sensory perceptions – differentiation between right and wrong. When one has a Pitta imbalance, he/she suffers from anger issues, diarrhea, egotism, hot flashes, perspiration, migraine, ulcers etc.

People with pitta have muscular build, atheletic and strong leaders. They are quite goal-oriented, full of energy and aggressive. They are prone to acne and cannot tolerate hot temperatures.

People who want to balance this dosha, must not consume food with excessive spice or that causes acidity or inflammation such as peppers, sour fruits, garlic, pungent flavours etc. Instead foods with cooling effect such as watermelon, cucumber, pomegranate juice, coconut water etc must be consumed. One should not skip meal and have a large meal around 12-1 pm. Missing a meal would make a person with Pitta Dosha imbalance cranky, irritable and cause a digestive imbalance.

There are certain pranayamas that help to balance body heat and they should be practiced . Taking a walk in the moonlight is also beneficial for such people. Rubbing feet and hand with Brahmi oil can have a cooling effect on mind and body. People with Pitta imbalance should not indulge in heated debates and even when they have to they should proceed with a calm mind as to not increase their pitta and disturb the state of mind that may increase their stress levels.

Kapha is made up of earth (prithvi) and water (jala) elements and is described as steady, stable, heavy, slow, smooth, delicate, cloudy cold etc. People with kapha dosha are generally on overweight side and are calm, composed, laidback, caring, empathetic,  trusting, happy and generally do not panic in emergency situations.  They have sluggish metabolism, tendency to over-sleep, depression and need to be constantly motivated. Any sort of physical activity is good for kapha dominated people and they should be eating warm food and get adequate sleep.

Kapha is associated with love and compassion and it gives structure and cohesiveness to something. People with kapha have a gentle personality and they have a glow on their face. They may have heavy bottom, chest or thighs.

People with this pre-dominant dosha must consume low fat, light and easy to digest food. Apple and pear are recommended, while banana, oranges, pineapple, melons etc can increase kapha. The tendency of overeating can be seen among such individuals. Occasional fasting can be really useful for kapha people.

Ayurveda doesn’t believe in one size fits all and believes in creating a different treatment plan based on the individual prakriti. In Ayurveda a lot of emphasis is laid on balance of doshas and it is believed that by taking care of the imbalanced dosha, a sickness can be treated. In Ayurveda these techniques are popular:

Panchkarma: As the same suggests, it includes five activities to help cleanse the body.

Oil pulling: Swishing your mouth with edible oil and spitting it out. This kills bacteria in mouth and prevents against several diseases.

Nasya: Putting two drops of ghee, coconut oil in your nose can clear the mucus membrane and prevents infection from entering through nasal passage.

Jal Neti: Putting saline solution in one nostril and taking it out from the other nostril also helps clear the nasal passage.

Dhumapana: Inhalation of medicated smoke from nose and mouth is extremely helpful in overall well-being.

Ayurveda has one of the oldest healing practices but at the same time it lacks scientific evidence because sufficient scientific studies have not been done. However, it is gaining acceptance with each passing day as it is recommended as adjunct therapy in many ailments. The best thing about Ayurveda is that it doesn’t have side effects like modern medicine and steers you towards a healthy way of life.

Tags: ayurveda / what is ayurveda 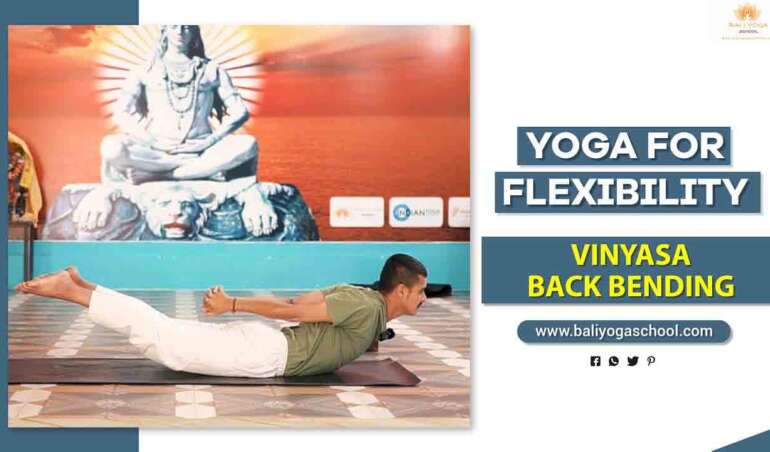 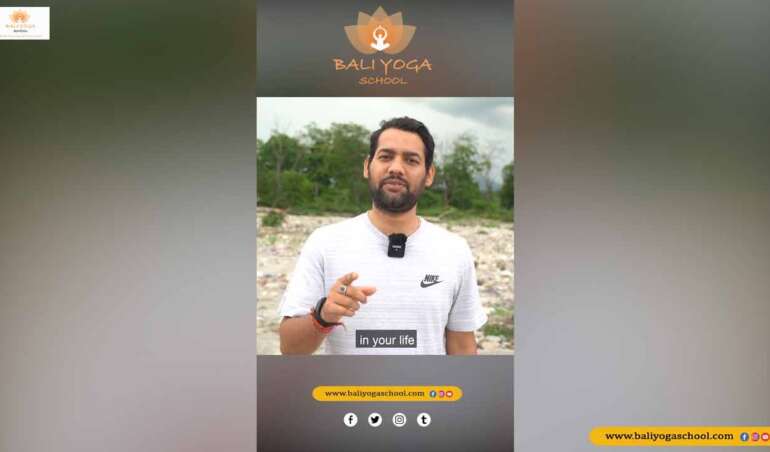 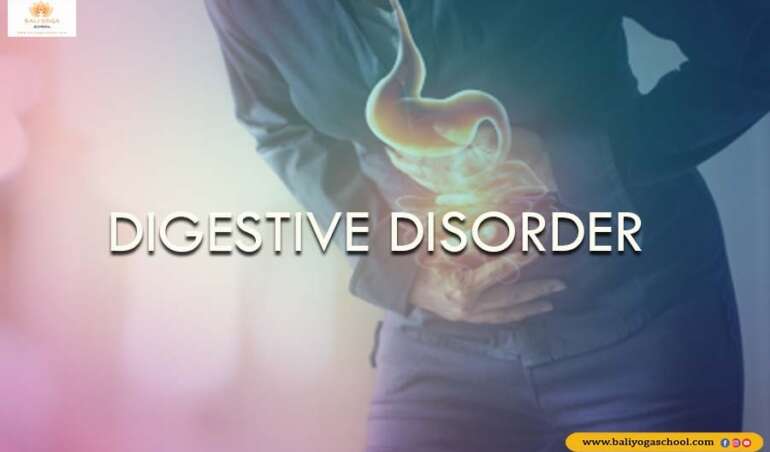